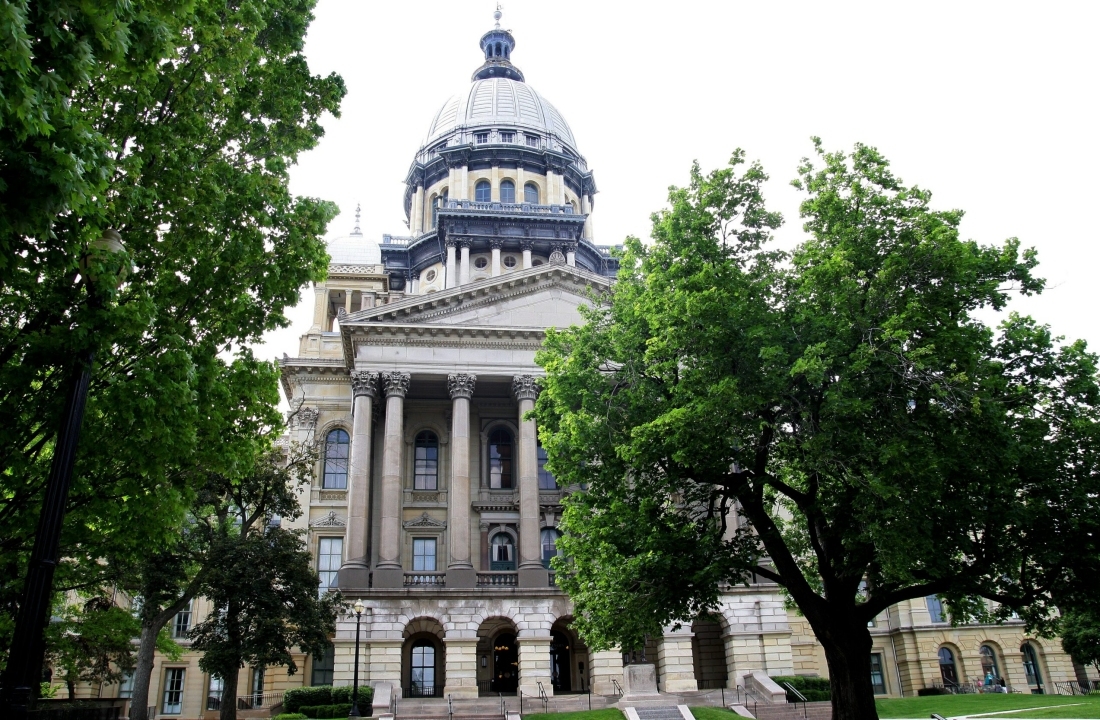 Earlier, Illinois passed a nation-leading clean energy bill to bring the state to 100% renewable energy by 2050.

The Illinois General Assembly passed one of the most sweeping energy proposals in decades. The historic legislation, which sets some of the strongest clean energy commitments in the nation, comes after many years of negotiations.

The product was a nearly 1,000-page law that took effect when Gov. J.B. Pritzker signed the legislation on Sept. 15.

Here are some of the main highlights from the newly enacted proposal:

The energy package lays out a number of broad clean energy policy goals, which receive funding through investments from the Illinois Power Agency and other state-funded programs. At the top of the list: reaching 100% renewable energy by 2050.

This goal is divided into stages, with a renewable energy increase of 40% by 2030 and 50% by 2040. By 2045, all oil, gas, and coal power plants must reach zero emissions, essentially requiring the state to phase out fossil fuels entirely.

The state’s clean energy goals are similar to those laid out in Evanston’s Climate Action and Resilience Plan. Evanston plans to be carbon neutral by 2050, aiming to reduce the city’s carbon footprint 50% by 2025 and 80% by 2035. The city also set a goal of achieving 100% renewable electricity supply for all properties in Evanston by 2030.

Illinois is setting a lofty goal of 1 million electric vehicles on the road by 2030. The state will pay residents a $4,000 rebate if they decide to purchase one. To increase the number of charging stations available to fuel new electric vehicles, the bill requires the Illinois Environmental Protection Agency to award rebates to help fund 80% of installation costs for charging stations.

Last year ComEd, one of the largest electricity providers in the state, admitted it engaged in a years-long effort to bribe Illinois lawmakers in exchange for favorable energy policy. The $200 million bribery scandal, which forced the resignation of former Speaker of the House Michael Madigan, loomed over negotiations on the energy package.

• The Bottom Line: What Does This Mean for Your Energy Bill?

The exact amount Illinois resident energy bills will rise in the coming years depends on who you ask. Pritzker says people will see their bills cost $4 to $5 more per month, while the AARP says bills could increase by as much as $15 monthly. Crain’s Chicago Business did its own analysis and said the new total would likely be somewhere between the two.

It is difficult to determine exactly how much a single person’s energy bill will rise because energy needs vary across residences. Additionally, residents in Illinois are split between two different electric grids, making it challenging to predict how the costs of the legislation will spread among Illinois residents.

Illinois residents with household incomes at or below 200% of the federal poverty level can apply for utility bill assistance through the Low Income Home Energy Assistance Program.
See how to APPLY HERE.

• What Are Politicians Saying About the Bill?

The bill passed the Senate by a 37-17 vote and it passed the House of Representatives by a vote of 83-33. Illinois Democrats were primarily responsible for passing the energy package, with only minimal Republican support.

“As a state, we were able to prioritize protecting our environment while also keeping thousands of high-quality jobs in Illinois and providing equity standards for Black and Brown communities,” Gabel said. “This monumental legislation comes from the years of work put forth by environmental advocates, community groups, and labor unions without whom this bill would not be here today.”

Representatives on the other side of the aisle expressed concerns that the bill would be bad for Illinois citizens. Rep. Tim Butler said it would hurt many of the residents he represents in Springfield.

“What this legislation does is put my constituents, my neighbors, Rep. Murphy’s neighbors on the hook for their utility bills, fully funding an out-of-commission power plant,” Butler said.

Various interest groups also landed on both sides of the debate over the legislation. The Illinois Clean Jobs Coalition and the Illinois Environmental Council were among those who praised the passage of the bill, while the Illinois Chamber of Commerce said the costs of the bill are “soaring.”