Home » Articles » Texas is Deregulated. Why Can’t I Choose My Electricity Provider?

Texas is Deregulated. Why Can’t I Choose My Electricity Provider?
February 14, 2018by TruPowur 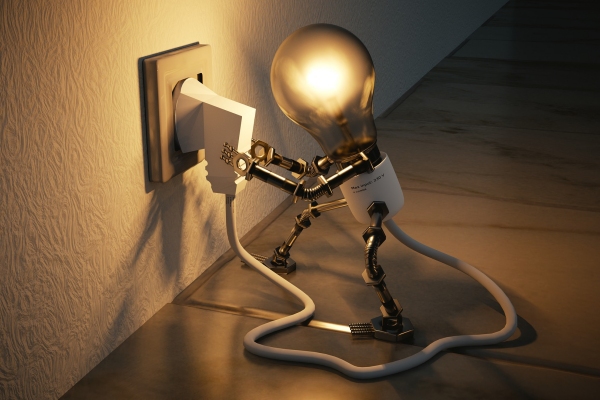 For most people living in states open to electric competition, the year deregulation was adopted marked a complete turnaround of electricity as they knew it. Instead of only having one utility to fulfill both supply and delivery of electricity, consumers got the power to choose their own supplier. Providers offering electricity plans and better electricity rates flooded the market and suddenly there were hundreds of choices for consumers.

Sadly, the windfall of electric choice is not available to all who live in Texas.
Electric cooperatives (“co-ops”) and municipally-owned utilities (“munis”) are exempt from participating in deregulation. Additionally, Texas law includes exceptions for certain investor-owned utilities to delay participation in retail competition because of lack of competition in their wholesale market and/or their lack of being part of ERCOT.

What does this mean for you?

Co-Ops & Munis
According the Public Utility Commission of Texas (PUCT), munis and co-ops can choose to participate in deregulation at any time if there is a resolution adopted by their board of directors (co-ops) or the governing body (munis). Co-op customers are member-owners who elect a board of directors each year. As of 2017, Texas has 75 electric cooperatives managed by Texas Electric Cooperatives whose members include 64 distribution and 11 generation and transmission cooperatives. Muni customers elect city council members that operate the utility or appoint a board to do so.

If muni or co-op customers wish to participate in competition, they should write to their leaders, make their wish known, and elect officials that are willing to make the change to competition. If a co-op chooses to participate in deregulation and no customer chooses another provider within 4 years, the decision to enter into a competitive market can be revoked. If a muni decides to enter the competitive electricity market, that decision cannot be revoked.

The San Antonio area is served by CPS Energy, the nation’s largest municipally-owned utility, serving 786,000 electricity customers. Austin is served by Austin Energy, the nation’s 8th largest municipally-owned utility, serving more than 488,000 customers. Both CPS and Austin Energy are members of ERCOT. ERCOT is a member based, non-profit independent system operator (ISO) that schedules the flow of electric power on the Texas grid for 90% of the state’s electric load. As a result, ERCOT is able to facilitate competition in the areas it serves. ERCOT is a critical piece of the operation of Texas deregulation as we know it.

The other investor-owned utilities that serve Texas but do not participate in competition, AEP SWEPCO, Entergy Gulf States, and Southwestern Public Service Company (wholly-owned subsidiary of Excel Energy) have similar issues as El Paso Electric. The PUCT has granted a delay in their participation in deregulation because of a lack of competition in the wholesale electric market in order to support successful retail competition. More specifically, these utility’s transmission areas are outside of the area managed by ERCOT.

What is Lubbock’s Deregulation Status?
Lubbock Power and Light, the state’s third largest municipally-owned utility, is currently seeking approval from the PUCT to join ERCOT. Frustration among LP&L’s customers is gaining momentum. Lubbock Power and Light currently has a total requirements contract with Southwestern Public Service Company to fulfill the power needs of their customers. Because Southwestern Public Service Company is located within the Southwest Power Pool transmission management area, negotiations and logistics to move those transmission assets from the Southwest Power Pool managed area and connect them into the ERCOT managed transmission area is quite complicated and potentially costly. Studies are currently underway as ERCOT, Southwest Power Pool, and Lubbock seek to quantify the impact this move would have on their markets. This is a critical move that could potentially make Lubbock part of the Texas deregulated market.

UPDATE: Staff of the Texas PUC has recommended that the Commission approve Lubbock Power and Light’s (LP&L) proposal to integrate into ERCOT.